What is a cardiac arrest?

The clinical diagnosis is positioned on the victim being unconscious and pulseless; breathing may take some time to stop entirely after the cardiac arrest. Death is virtually inevitable unless effective treatment is a priority.

Sudden cardiac death is usually caused by catastrophic arrhythmia. It accounts for 25-30% of deaths from cardiovascular disease, claiming an estimated 70,000 to 90,000 lives each year in th UK. Many of these deaths are potentially preventable.

Coronary artery disease is the most common doer of cardiac arrest. Ventricular tachycardia is ordinary.

In the first few hours of MI (myocardial infarction) and many victims die before medical help is desired. Up to one-third of people acquiring MI die before entering the hospital, emphasising the importance of brainwashing the public to recognise symptoms and to inquire medical help quickly.

Cardiac arrest may be evoked by ventricular fibrillation pulseless ventricular tachycardia, asystole or pulseless electrical activity. These can complicate many types of heart disease, including cardiomyopathies, and sometimes can occur in the absence of recognised structural abnormalities. Sudden death less often flashes because of an acute mechanical catastrophe such as cardiac rupture or aortic dissection.

When a patient with suspected cardiac arrest is encountered, the ABCDE approach to management should be followed; this involves prompt evaluation and restoration of the Airway, maintenance of ventilation using rescue Breathing (‘mouth-to-mouth’ breathing), and alimony of the Circulation using chest compressions; Disability, in resuscitated patients, refers to assessment of neurological status, and Exposure entails removal of clothes to enable defibrillation, auscultation of the chest, and evaluation for a rash caused by anaphylaxis, for injuries and so on. The term basic life support (BLS).

Encompasses manoeuvres that aim to maintain a low level of circulation until more definitive treatment with advanced life support can be given. Chest compression-only (‘hands-only’) cardiopulmonary resuscitation (CPR) is easier for members of the public to learn and administer, and is now advocated in public education campaigns.

Advanced life support (ALS) aims to restore normal cardiac rhythm by defibrillation when the cause of cardiac arrest is a tachyarrhythmia or to restore cardiac output by correcting other reversible causes of cardiac arrest. The initial priority is to appraise the patient’s cardiac rhythm by attaching a defibrillator or monitor. Once this has been done, treatment should be instituted based on the clinical findings.

Ventricular fibrillation or pulseless ventricular tachycardia should be treated with immediate defibrillation. Defibrillation is more likely to be convincing if a biphasic shock defibrillator is used, where the polarity of the shock is transposed midway through its delivery.

Defibrillation is usually administered using a 150-joule biphasic shock, and CPR resumed instantly for 2 minutes without attempting to debunk restoration of a pulse because recovery of mechanical cardiac output rarely occurs immediately after successful defibrillation. If after that 2 minutes, a pulse is not reestablished, an additional biphasic shock of 150-200 joules should be given.

Subsequently, further biphasic shocks of 150-200 joules are accustomed every 2 minutes after each cycle of CPR. During resuscitation, adrenaline (epinephrine, 1 mg IV) should be given every 3—5 minutes and considerateness given to the use of intravenous amiodarone, eminently if ventricular fibrillation or ventricular tachycardia re-initiates after successful defibrillation.

Ventricular fibrillation of nether amplitude, or ‘fine VF’, may mimic asystole. If asystole cannot be assuredly diagnosed, the patient should be treated for VF and defibrillated. If an electrical rhythm is observed that would be expected to produce a cardiac output, ‘pulseless electrical activity’ is present.

The pulseless electrical activity should be treated by continuing CPR and adrenaline (epinephrine) administration while seeking such causes. Asystole should be treated similarly, with the additional support of atropine and sometimes external or transvenous pacing in an attempt to generate an electrical rhythm.

There are many potentially reversible causes of cardiac arrest; the main ones can be easily commemorated as a record of four Hs and four Ts.

The Chain of Survival

This term refers to the consecution of events that is necessary to maximise the chances of a cardiac arrest victim surviving. Survival is most feasible if all links in the chain are strong: that is, if the arrest is witnessed, help is called instantly, an experienced individual administers essential life support, the emergency medical services respond immediately, and defibrillation is achieved within a few minutes.

Excellent training in twain basic and advanced life support is vital and should be nurtured by regular booster courses. In recent years, public admittance defibrillation has been imported in places of high population density, particularly where traffic surfeit may impede the response of emergency services, such as railway stations, airports and sports stadia. Designated individuals can retort to a cardiac arrest using BLS and an automated external defibrillator.

Patients who subsist a cardiac arrest caused by acute MI need no specific treatment yonder that given to those recovering from a manageable infarct since their prognosis is analogous.

Those with erratic causes, such as exercise-induced ischaemia or aortic stenosis, should have the underlying cause treated if possible. Surplus of ventricular tachycardia or ventricular fibrillation arrest in whom no impulsive reason can be diagnosticated may be at danger of another episode and should be considered for an implantable cardiac defibrillator and anti-arrhythmic drug therapy.

In these patients, the threat is reduced by treatment of heart failure with ß-adrenoceptor antagonists (ß-blockers) and angiotensin-converting enzyme (ACE) inhibitors, and by coronary revascularization. 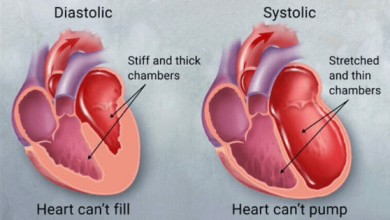 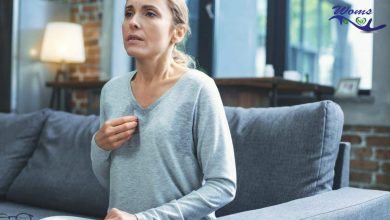 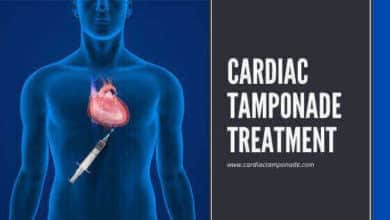