An apprehension on Becks triad

Becks triad is a set of three medical signs correlated with acute cardiac tamponade. Acute cardiac tamponade is an emergency medical condition characterized by the accumulation of fluids around the heart and impairs its ability to pump blood. The signs related to which beck’s triad are Low arterial blood pressure, increased necks vein distention, and Muffled heart sounds.

Becks triad is the standard diagnostic features of cardiac tamponade. Sometimes narrow pulse pressure might also be observed. The concept of this diagnostic feature was developed by a resident and late professor of cardiovascular surgery, Claude Beck.

Dr. beck 1993, he told that if someone has these three features, you need to rule out cardiac tamponade.

The three-element of becks triad are:

JVP is the most sensitive sign of cardiac tamponade.

When there is an atrial contraction, “A’ wave is formed. Atria start relaxing; pressure started falling suddenly. The ventricle contraction started. The tricuspid valve is closed, and there is little jerk in the Wave, which is called ‘C’ wave. After that, the atrium and ventricle are not connected. You don’t need to worry about the incident occurring in the ventricle

Now the atrium is progressively is relaxing. When atria are relaxing, the blood will come down, and pressure will also come down. This pressure coming down due to atrial relaxation is called ‘X’ descends.

.Eventually time will come the valve is still closed. And atria are filled. Now, there will be more venous return the cumulation of the blood will take the pressure slightly up. This pressure upward is due to venous accumulation. This is called the ‘V’ wave.

Eventually, the tricuspid valve will open, the accumulated will fall into the right ventricle. The intraventricular pressure is shallow due to the relaxation of the valve. When intraventricular pressure is lower than the interatrial pressure, the ventricular filling will occur. Atrial emptying immediately after the valve opening takes all the venous column down. And there will descend Wave, which is called ‘Y’ descend.

‘Y descend’ occur in the early diastole of the ventricle.

The increased neck vein distension occurs in a non-supine position. The expanded neck vein distention is caused by reduced diastolic of the right ventricle, due to pressure being exerted on it by the expanding pericardial sac. This results in a backup of fluid into the veins draining into the heart, most notably, the jugular veins. Neck vein may not be distended in severe hypovolemia.

The physiological decrease in arterial blood pressure, which is the result of pericardial fluid accumulation within the heart that acts to impair the ventricular stretch, thus reducing stroke volume and cardiac output. These two factors are significant determinants of systolic blood pressure.

This will ultimately lower systolic pressure, and finally, these are caused by reduced blood pressure in cardiac tamponade.

The muffled heart sound is due to the muffling effects of the sound passing through the fluid surrounding the heart.

Note: There will be a loss of apex beat or weakened apex beat.

Here are some easiest and enjoyable mnemonics for beck triad: Cardiac tamponade needs to be differentiated from a tension pneumothorax in the shocked patient with distended neck veins. It is, most commonly the result of the penetrating trauma. Accumulation of a relatively small amount of blood into the non-distensible pericardial sac can produce compression of the heart and obstruction of the venous return, leading to decreased filling of the cardiac chambers during diastole.

All the patients with penetrating injury anywhere near the heart plus shock must be considered to have a cardiac injury until proven otherwise. Classically, the presentation consists of central venous pressure elevation, the decline in arterial pressure with tachycardia, and muffled heart sounds. This presentation is known as Becks triad, which is clinically used to diagnose cardiac tamponade.

However, in cases in which major bleeding from other sites has taken place, the neck veins may be flat. A central line should be inserted, checking for a rising central venous pressure. A high index of suspicion and further diagnostic investigations will be needed to make the clinical diagnosis is those cases that are not clinically obvious.

These include an eFAST showing fluid in the pericardial sac. This is the most expeditious and reliable diagnostic tool, or chest radiography looking for an enlarged heart shadow.

Kussmaul’s sign: Kussmaul sign is the paradoxical elevation of Central venous pressure during inspiration. Kussmaul sign is classically associated with constrictive pericarditis. Still, it occurs in only the minority of patients with constriction and is found in other conditions, such as myocardial infarction (MI), pulmonary embolism, and right ventricle infraction.

Becks triad refers to a group of cardiac signs usually observed to occur together. For memory purposes, beck triad is also called as “3Ds”, which you have seen in the pic above. The becks triad observation and findings of a cluster of cardiac signs were circulated in the journal of the American medical association, and soon after, the cardiac sign is known as beck triad.

In general, beck’s triad is the result of heart compression. Usually, it is the diagnostic feature of acute cardiac tamponade. Cardiac tamponade is one of the medical emergency. If you experience these features, please do visit the nearest hospital.

What is a Pulsus Paradoxus?

Pulsus Paradoxus is defined as an aberrant ample decrease in stroke volume, systolic blood pressure, and pulse wave amplitude during inspiration. The customary fall in pressure is less than 10mmHg.When the drop is more than 10 mmHg.

The dicrotic pulse is an abnormal carotid pulse found in conjunction with certain conditions characterized by low cardiac output. It is distinguished by two palpable pulsations, the second of which is the diastolic pressure and immediately follows the second heart sound (D-U-B).

Why does Pulsus paradoxus occur?

Many things can cause Pulsus paradoxus, which is a dip in blood pressure during inhalation. While it’s usually due to a heart or lung condition, such as asthma, it can also be the result of heavy blood loss. 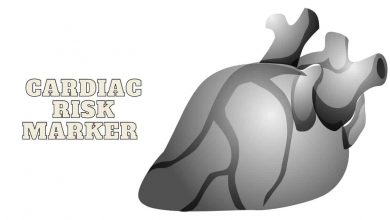 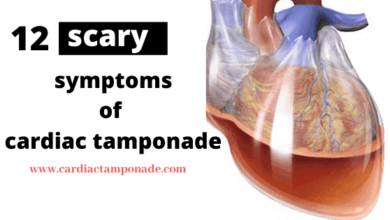 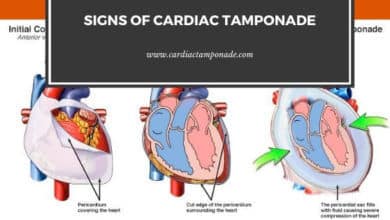 The classical signs of cardiac tamponade