How young can you have a heart attack? Is a question bothering so many young people because we believe a heart attack to be a disease for the older ones? The elderly are not the only ones who can suffer from a heart attack; younger individuals can also be affected. A life-threatening condition that is rarely diagnosed is frequently the cause. What’s causing it, and how can you avoid it?

Many cardiovascular disorders, such as high blood pressure, heart failure, artery hardening, and diabetes, are thought to be indicators of aging. Indeed, certain diseases emerge gradually over time as organs age, minor issues accumulate, and harmful lifestyle behaviors manifest. Does this rule out the possibility of young individuals developing heart problems?

For a heart attack, every second counts; the sooner it is noticed and treated, the better the odds of avoiding major repercussions or death. Many people, however, are hesitant to contact 112 and risk losing life-saving time. A heart attack has obvious symptoms. Learn how to see it fast and what to do if you do.

Our hearts abruptly and utterly unexpectedly become distressed during a heart attack. A region’s blood and oxygen supply have become insufficient. When a coronary artery closes, this occurs. Because it supplied blood and oxygen through the blood vessels. If they become blocked, they cannot perform their function, which can be fatal: portions of the heart muscle can die, reducing the heart’s pumping ability for the rest of one’s life. In the worst-case scenario, heart arrhythmias (ventricular fibrillation) develop, which can be fatal if left untreated.

What Is a Heart Attack and how young can you have a heart attack?

A heart attack (medical term: myocardial infarction) is a potentially fatal condition caused by the full obstruction of a coronary artery. Acting swiftly in the event of an acute heart attack is critical: if one of the three big coronary arteries closes, oxygen and nutrients cut off to a portion of the heart muscle. The muscle tissue that’s cut off from the blood supply dies if we cannot reopen the vessel within a short amount of time. An infarct is a term for the afflicted tissue. The infarct is proportional to the size of the occluded vessel.

Because of a possible severe cardiac arrhythmia, the risk of sudden cardiac death is high with acute myocardial infarction (ventricular fibrillation). The heart’s pumping capacity can be compromised with a massive infarction, causing the circulation to collapse; we refer this to as a cardiogenic shock condition.

When you’re having a heart attack, there’s no time to waste. The earlier it is diagnosed and treated, the better the prognosis. That’s why you should call the emergency number as soon as you suspect a myocardial infarction or see the first signs of one – even if it’s late at night or on a weekend!

Does been young make you less susceptible to heart attack?

Congenital cardiac and vascular disorders, in particular, are frequently overlooked. The following are the reasons:

Too young to have a heart attack

If you’re in your 20s, 30s, or 40s, you may believe you have plenty of time before you need to worry about your heart health and the risk of a heart attack or be bothered about the question ‘how young can you have a heart attack’. Heart attacks, which are usually linked with older males, are now being seen in younger people, particularly women, according to new research. From 1995 to 2014, researchers looked at over 28,000 persons who were hospitalized for heart attacks and discovered that the rate of heart attacks in people aged 35 to 54 went from 27% to 32%.

Taking care of your heart in your twenties, thirties, and forties not only protects you and your heart now but also ensures a longer, healthier future. What you need to know about heart problems in young adults–and what you can do to reduce your chance of suffering a heart attack at a young age–is outlined below.

Elevated cholesterol levels throughout your 20s, 30s, and 40s, like high blood pressure, increase your risk of heart disease and stroke. Obesity, a lack of physical activity, and a diet high in sugar and processed foods are frequently the culprits. Begin by lowering your saturated and trans fat intake and getting your body moving. If diet and exercise alone aren’t enough to lower your cholesterol, your doctor may prescribe medication.

Even when you’re young, stress is an essential part of life, but how you respond to it can lead to a variety of health issues. Stress can lead to habits and variables that increase your risk of heart diseases, such as high blood pressure and cholesterol levels, physical inactivity, and overeating. Exercising, quitting smoking, eating a nutritious diet, and keeping a cheerful attitude are all helpful methods to manage stress and keep your heart in good shape.

It is well-known for smoking to cause breathing issues and lung cancer. But did you know it also increases your chances of having a heart attack? Smokers are two to four times more likely to develop heart disease than nonsmokers. Make a commitment to quit smoking before it’s too late if you’re a young adult who smokes.

Even while cardiovascular diseases become increasingly common as people get older, young people are not immune to them. If there is a family history of heart disease, as well as competitive athletes, a complete heart examination is recommended. The earlier you live a healthy lifestyle, the greater your chances of avoiding early cardiovascular disease are.

When is it too early to have a heart attack?

However, between 4% and 10% of all heart attacks occur before the age of 45, and most of them occur in men. It’s a reminder that just because a man is “too young” to have heart disease doesn’t mean he shouldn’t pay attention to warning signs.

What is the youngest age at which a heart attack occurs?

According to Sin Chew Daily, a 13-year-old boy from Lukut has become the country’s youngest individual to die of a heart attack. On Tuesday evening, he collapsed and died at his tuition center. Lee Zhen Siong died of a heart attack, according to a panel of specialists from Kuala Lumpur.

Is it possible for 30 years old to have a heart attack?

Why do heart attacks strike at such a young age?

The number of young people experiencing heart attacks is skyrocketing. According to experts, we attribute this to poor lifestyle choices, such as inactivity and a poor diet. And unless anything is done, the number will continue to rise.

What causes so many young Asians to have heart attacks?

Asians’ blood vessels (coronary arteries) are smaller than those in the West. When you add in risk factors like pre-diabetes, obesity, and sped up atherosclerosis (fat deposits in the blood vessels), a young person is more likely to have a heart attack,” he says. According to physicians, Asians consume a lot of Tran fats. 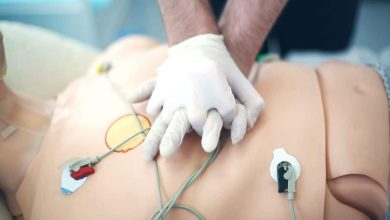